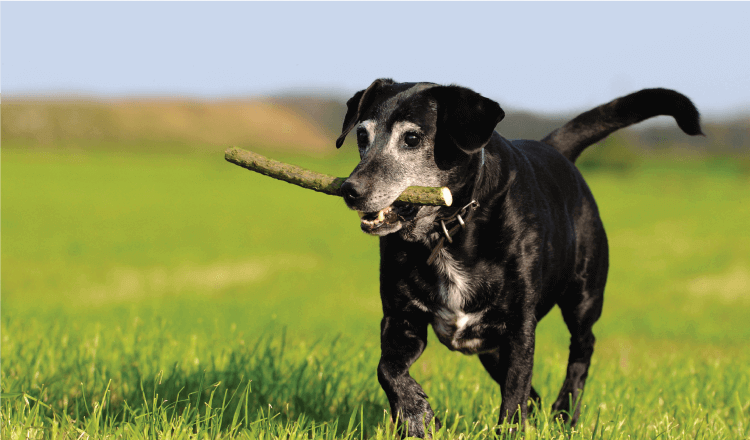 In August 2011 Dr. Linda R. Elliott became trained by Medi-Vet Labratories on a new technique involving In-House Stem Cell Therapy. In-House Stem Cell Regenerative Therapy uses ground-breaking technology to harvest adipose stem cells from the fat tissue of animals. After these cells have been extracted and activated they are injected into the arthritic joints of the animal. This is all performed while your pet is under light anesthesia. The technology created by Medi-Vet Labratories allows for the entire procedure to be completed in the hospital and all in one day. Other technologies take several days for the cells to be harvested, activated, and then injected, which also requires the animal to be under anesthesia multiple times on different days.

We are now offering in-house regenerative stem cell therapy for osteoarthritis in both dogs and cats. This is a drug free treatment that is performed in-house on a same-day basis.  The procedure is proven to relieve pain and increase range of motion. Frequently, we can see treated animals walking, running and jumping as little as three weeks after the procedure. Stem cell regenerative therapy involves removing fat tissue from your pet, separating and extracting the stem cells from the fat, activating them and then injecting the stem cells into the affected joints.

For many of us, the term stem cell brings to mind associations with hotly debated moral and ethical issues. There is, however, another side of stem cells and stem cell therapy. I am very excited to report that stem cell therapy has arrived in the veterinary arena without controversy or contest. The process uses stem cells collected from an adult body’s own fat. Currently, we are able to offer this treatment option for dogs, cats and horses.

So how is it that an adult body still has stem cells? Stem cells are simply undifferentiated cells that can be found in most tissues in the body. These cells remain primitive or undifferentiated, waiting for the body to need them. Many people think of their bodies and cells working in a very quiet and orderly fashion. This is, however, far from reality. Our bodies are like a war zone. Inside- there is chaos and destruction everywhere. On a microscopic level, the body is constantly rebuilding just to maintain itself. Our body calls on these undifferentiated cells every day to maintain health in our organs, in bones and on the skin. Without stem cells, we could not survive.

A single stem cell is able to differentiate or turn into many different tissues such as tendon, cartilage, bone or organ depending where it goes. The controversy on the human side is over using embryonic stem cells. These cells, taken from embryos, have the ability to form whole beings- to create an entire new person, dog or sheep. Adult stem cells on the other hand, have the ability to differentiate into many different types of tissues but work to “repair”. This makes these cells very useful for healing tissues or potentially organs.

In animals, we now have a way to harvest adult stem cells, collect and process them and then replace them in the body where they are needed. The amazing part is that the cells take care of the rest. Stem cell therapy is also known as regenerative medicine. The cells will regenerate the tissue in its close environment.

Currently the process is open for treatment of osteoarthritis, tendon and ligament injuries, and poorly healing fractures. Once a patient has been deemed a candidate for treatment, he or she undergoes a short surgical procedure to collect fat. The fat is most often harvested from around their shoulders or pelvic area. Fat, especially from these areas, is a rich source of stem cells. In fact a small amount, less than 1/2 a cup, can potentially provide enough cells for multiple treatments for your animal. After fat collection, the stem cells are harvested and activated using an advanced patented L.E.D. technology. The number of cells harvested varies from patient to patient depending on the “quality of their fat” so to speak.

For the patient, the procedure involves a surgery for fat collection and then usually sedation to inject the harvested and processed cells back into joints, tendons or ligaments. If enough cells are harvested, long term CryoStorage  will store those cells not needed for the first round of therapy and hold them for later use. Since the cells are autologous (supplied by the patient for its own use) there is no chance for rejection.

Studies are presently ongoing for use of this therapy in treatment of liver failure, feline kidney disease, irritable bowel syndrome and various autoimmune conditions. Thus far the procedure is most commonly used to arthritis and the results have been impressive. Decreased pain with improved mobility, a win-win combination. It is exciting to think where this therapy could lead us. What it has to offer presently, and what it could offer to our animal friends in the future.

WHICH DOGS (OR CATS) ARE GOOD CANDIDATES?

ONCE IN YOUR DOG’S (OR CAT’S) JOINT, THE STEM CELLS:

WHAT IS THE PROCESS?

Dr. Linda R. Elliott is accredited to perform Stem Cell Therapy at Ahwatukee Commons Veterinary Hospital. If you would like to consult with Dr. Elliott on whether this service is right for your dog or cat, please feel free to make an appointment online or call us.

We love hearing your stem cell success stories! Email us your story and we’ll post it here!

“Grover” is a 16 and ½ year old Cockapoo who had torn his left cruciate ligament a year prior. Although he was having trouble getting up and around, he was able to compensate with his right rear leg and move around enough to his owner’s satisfaction. Then upon getting excited to greet his owner, he ruptured his right cruciate ligament. At that point, he was no longer able to get up or move around.  The owner’s decided to have the right cruciate ligament repaired and elected to perform stem cell therapy in both stifles and hips. The day after stem cell therapy, Grover walked out of the building, although wobbly, on all four legs. Grover has continued to improve and the owners have stated on several occasions that they now have to chase him.

Surgery sucks!  While it often solves a very serious problem, the energy required to recover post-surgery is often much more difficult than one ever expects.   This is especially true for both pets and their owners.

We hoped to never have to put our dog through another surgery.  At his age (16) there is a risk that he may not wake up from the anesthesia, that the recovery from a surgery will be more than his body can handle, or that the emotional suffering of watching our animal in pain is more than we can bare.

That was our hope; unfortunately it was not to be.  About eight weeks ago Grover, in a rush to beat me to breakfast, blew out his ACL.  He already had blown out one ACL when he was younger but learned to compensate without surgery. This time, there would be no learning to compensate.  Having one weak leg, plus one nearly useless leg left us with a 2 ½ legged dog.

Our veterinarian, Dr. Elliott, informed us we had three options: that we could see if he could learn to compensate, we could have surgery to repair the ACL, or we could say goodbye.  To be honest, none of these options were particularly pleasant.  Dr. Elliott was able to make our decision process a little easier by talking to us about stem cell therapy and how including it as part of the surgery process “could” significantly improve the quality of Grover’s life post-surgery and make his recovery much quicker.

We opted for a set of surgeries that included an ACL repair, a knee repair (unexpected), a growth removal, and the stem cell therapy.  This meant Grover had 36 stitches when all was said and done. The surgeries were all a success.

I am writing this on Saturday the 4th of August, roughly six weeks after Grover’s surgery and coincidentally my 8th wedding anniversary. Other than the odd haircut, if you saw Grover today you would never know what he has been through.  Five days after surgery he was ready to run, eight days after surgery we were no longer able to keep him quiet and penned up.  Two weeks after surgery all he had was a shake in his leg and today he is moving like he did before his surgery.

While I am not sure how far we have set back the clock, I can tell you that the stem cell therapy did wonders in helping our dog recover in record time.  According to the veterinarian, Grover is at the three to four month point for a normal animal recovering from a similar surgery. We would like to thank Dr. Elliott and her staff for providing us with such a wonderful anniversary gift.